Goju Ryu Karatedo is said to display the oldest martial arts traditions and movements. The system is based on the concept of hard (go) and soft (ju), always in consistent harmony one equalizing the other. The art combines traditional Okinawan techniques with both internal and external Chinese principles. The soft (ju), internal Chinese style concentrates upon circular movements and the development of chi (vital energy), while external, hard (go) principle rely upon physical strength. The combination gives Goju Ryu its beauty, disciplined movements, grace, and flowing form. Anyone who believes that Goju Ryu is merely a beautiful style with little of the art of defense, he need only watch two Goju Ryu practitioners square off in sparring (kumite) where Goju-ryu is a close-range, infighting system that concentrates on efficiency of movements.

Goju-Ryu has received the most Chinese influence of all of the Japanese styles of Karatedo, followed closely by Shorin Ryu and Shito Ryu. Through Goju-Ryu training, the simple act like blocking or striking will eventually occur naturally.

There are many primary characteristics of Goju-Ryu:

Goju Ryu shares its roots with other styles of Karatedo rooted in Okinawa and developed over the centuries from the fighting arts of China. Many of the school’s movements are very soft, as in Chinese Kempo. In China, there were two complementary arts of Chang, or fist. One is categorized as the hard (go), or external, style, and the other is the soft (ju), or Internal, style. The hard (go) style represents Zen Buddhist-initiated schools such as various branches of Shaolin Chun, and the soft (ju) style represents Yee Chuen, Pai Kua Chang, and Tai Chi Chuen.

The Okinawa brand of Karatedo was originally imported from China more than 400 years ago, but had developed into a hard style during its years on the island due to the influence of the Okinawan native arts. When these arts came to Okinawa, they underwent changes and were combined with Okinawa Te. Many approaches to self-defense came into existence. Naha Te named after the city in which it was practiced (Naha) over time developed in combination with other Te to become Goju Ryu. Kanryo Higaonna was known as the highest authority of Naha Te. He and his successor Chojun Miyagi (1888-1953) made several treks to Mainland China to absorb more skill and to hone their art. Miyagi, for the most part, invented and standardized the training and modernization of the techniques, and created the first named style of Karatedo (other than that named after the city where it was founded). He later (1928) introduced Goju Ryu to the Japanese mainland. There, Gogen Yamaguchi Hanshi, his successor on the mainland, trained in and propagated Goju-Ryu.

Disciplining the body and mind in combination have always been part of Japanese culture and is clearly expressed in Karatedo and many other martial arts whose origins can be found in Japan, including Goju Ryu. Oddly, much of the system can and has been based on geometric and mathematical formulas, many of which focus on functions in two dimensions, space versus time. 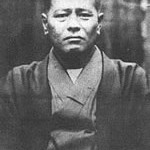 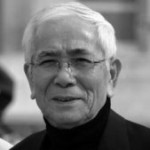 The best student of Higaonna was Chojun Miyagi (1888-1953) who founded the formal system of “hard/soft way” or “Goju-ryu”.